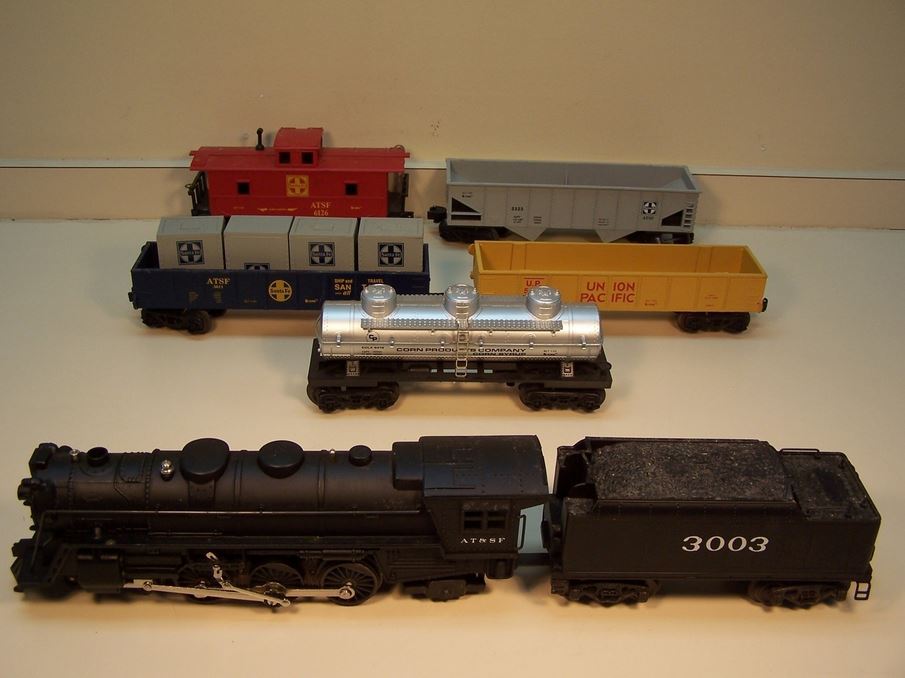 Cruising the O Gauge forums lately, two things really stand out. First, Lionel seems to be going for the high-end buyers (i.e. the stuff in their new catalog is really expensive) and second, lots of people are working less hours or have lost their jobs and can't afford expensive trains. It's kind of a dosconnect for me and it got me thinking about how much I spend on trains (way too much). How much money do you need to spend on toy trains to have fun with the hobby (i.e. a nice layout with a couple of nice trains)?

I don't think I can build an entire layout for $100, but if I spend $100 a month I can probably have a pretty nice layout in a year or so, and have just as much fun with the cheap trains as I've been having with more expensives ones. So in the spirit of that, last month I bought a K-Line steam freight set in nice condition. I got it for $77.33 (there were 15 bids at end of auction) plus $15 shipping, so the total was $92.33, comfortably under $100. I didn't spend any money this month, so I'm banking this month's budget for June when I'll need to spend about $200 on track.
Posted by Unknown at 8:21 AM